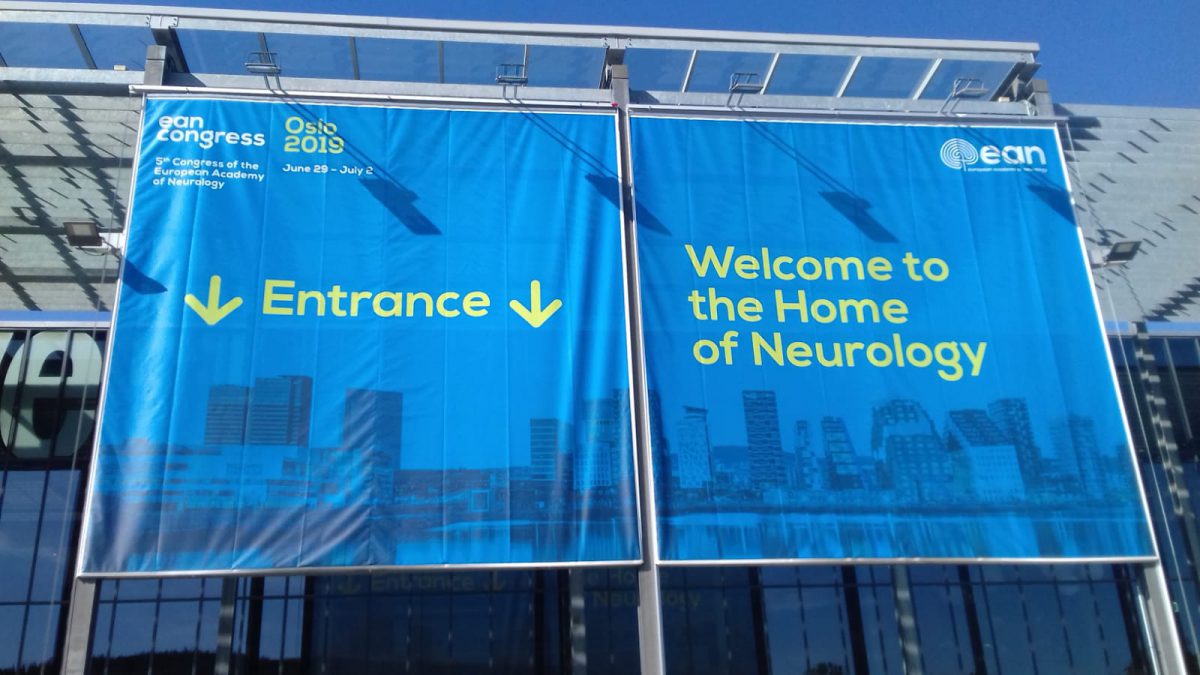 Members of the ERN-RND participated to the 5th Congress of the European Academy of Neurology (EAN) in Olso, Norway from 29th June to 02 July 2019.

Thanks to the support of EAN, ERN-RND shared a booth together with colleagues from Euro-NMD. There was much interest from the conference-attending neurologists from all over the world both on the clinical patient management system (CPMS) and the planned webinar series. In addition, we discussed the possibilities of  joining ERN-RND with representatives from those European countries that are not yet members of the network.

The first day started with a meeting of the task force “EAN Consensus for the Developing and Reporting Guidelines for Rare Neurological Diseases” to discuss further steps in the process. Later during the day, ERN-RND coordinator Holm Graessner (Tübingen, Germany) and member Antonio Federico (Siena, Italy) chaired the following session: “the lesson from rare neurological diseases for understanding nervous systems functions and dysfunctions”.
This session considered rare neurological diseases as a model to discuss how an identified molecular or biochemical alteration will reflect on the dysfunction of the nerve system and in consequence identify a specific role in normal CNS function.
Presentations were all done by ERN-RND members as follows:

The day ended with the official opening session, including a speech from Nobel Laureate neuroscientist, Edvard Moser and a get-together with the conference delegates.
A highlight of the second day was the clinical grand round presentation with a focus on rare neurological disorders, atypial Parkinsonism, Ataxia and muscular dystrophy.  ERN-RND member Rebecca Schüle (Tübingen, Germany) acted as senior advisor.
The networking event in the evening took place at the Oslo City Hall on Monday evening, where the attendees were impressed by the striking functional architecture and scale of the main hall. During guided tours, following the official reception by the Oslo courtesy, participants learned more about the history (as it also serves as the venue for the Nobel Peace Prize Award Ceremony) and the many paintings and architectural features of the building.
On the last day, the EAN Task Force Meeting “Rare Neurological Diseases” took place, chaired by ERN-RND member Antonio Federico.

Overall, this was a very successful meeting where we had the opportunity to meet with lots of interested clinicians in ERN-RND, but also with representatives from different patient organisations and industry.