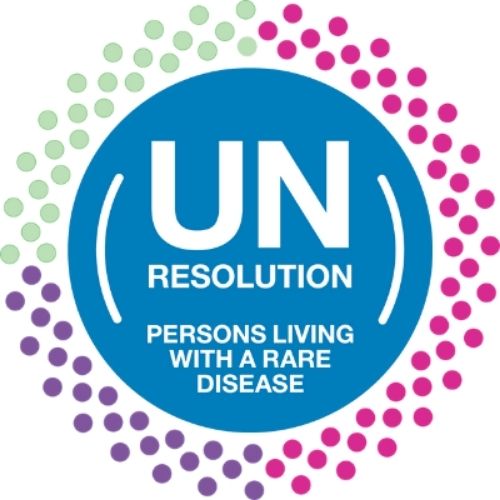 In December 2021, the UN General Assembly formally adopted a resolution recognising the over 300 million Persons Living with a Rare Disease (PLWRD) worldwide and their families.

The Resolution focuses on the importance of non-discrimination and advances key pillars of the UN Sustainable Development Goals (SDGs), including access to education and decent work, reducing poverty, tackling gender inequality, and supporting participation in society.

The Resolution, proposed by Spain, Brazil, and Qatar and co-sponsored by 54 countries, was adopted by consensus with the support from all 193 UN Member States of the General Assembly. This follows the UN Third Committee’s adoption of a ground-breaking text as part of its agenda on Social Development and is a significant turning point that places the rare disease community firmly on the agenda of the UN.

The global, landmark campaign for equity that achieved the Resolution was the outcome of coordinated and tireless advocacy led by civil society partners, including the NGO Committee for Rare Diseases, RDI, and EURORDIS, and engages national rare disease groups active in over 100 countries. The civil society partners worked to frame the needs of PLWRD beyond health and to illustrate the holistic impact of life with a rare disease on the whole family.

ERN-RND is delighted with this resolution, that emphasizes the need for global action to address the unmet needs of people living with rare diseases.