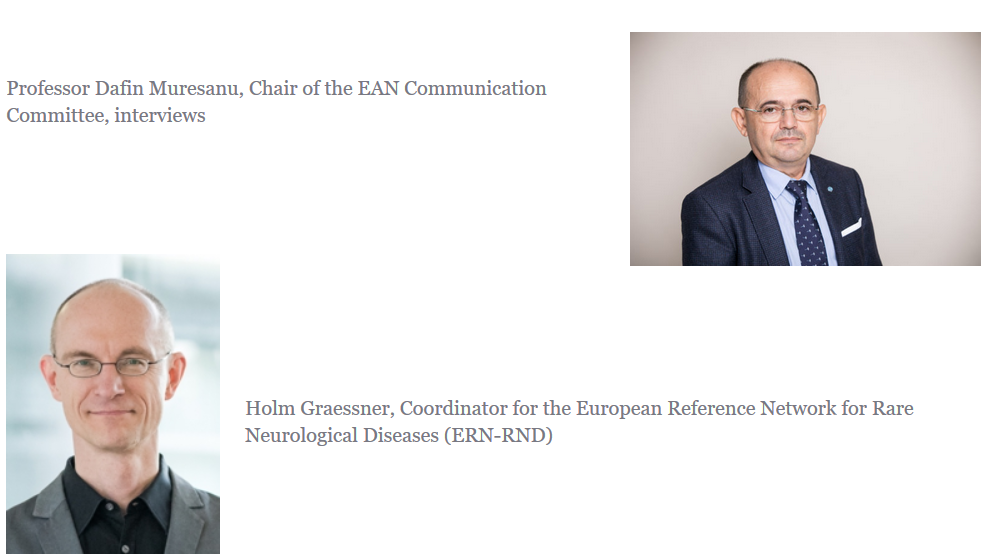 Following the MoU signed between the European Academy of Neurology (EAN) and the European Reference Network for Rare Neurological Diseases (ERN-RND), our ERN-RND coordinator Dr Holm Graessner was interviewed by Professor Dafin Muresanu, Chair of the EAN Communication Committee.

In this interview, Holm Graessner talks about the ERNs, our work in ERN-RND and the key role of patients in the network.